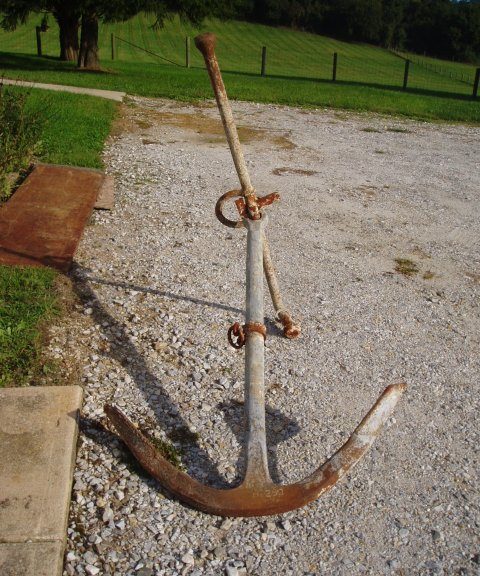 In April 1814, a Royal Navy fleet began looting and pillaging towns along the shores of the Chesapeake Bay.

The Chesapeake Flotilla was created to challenge these British ships so that the British intended on destroying the “Mosquito fleet of armed scows and barges”.

In August 1814, the command was given to sink the Chesapeake Flotilla fleet of 18 ships blocking entry to the Chesapeake Bay and protecting the harbor from British attack.

This anchor was salvaged from one of the 18 ships in that fleet prior to being scuttled and was procured by a local tugboat captain.

In 1961, Richard Stevens purchased the anchor from the tugboat captain and has treasured its rich history ever since.

After nearly 200 years, researchers believe they may have found the shipwrecked Scorpion in the Patuxent River.  Archaeologists from the Maryland Historical Trust, the U.S. Navy, and the Maryland State Highway Administration are in the process of excavating, mapping and filming the remains of a sunken vessel they believe to be the Scorpion.